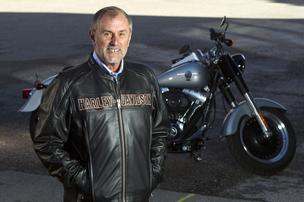 Keith Wandell, the retiring president and chief executive officer of Harley-Davidson Inc., is making a return to the battery business after being named chairman of Exide Technologies as part of that company’s bankruptcy reorganization, according to court records.

Before taking the helm at Harley-Davidson six years ago, Wandell served as president and chief operating officer of Johnson Controls Inc., one of the world’s leading battery makers and an Exide competitor. John Olin, senior vice president and CFO of Harley Davidson (NYSE: HOG) will also join the board of Exide, according to the reorganization plan approved earlier this week by the U.S. Bankruptcy Court in Delaware.

Exide, a global company based in the Atlanta suburb of Milton, Ga., filed for Chapter 11 bankruptcy in 2011, after Wal-Mart Stores Inc. chose rival Johnson Controls as its sole supplier of transportation batteries. The downturn in the European economy also damaged Exide’s business.

Wandell, 65, has been credited for leading Harley-Davidson back to profitability by cutting jobs and making its production more efficient. In February, he announced his plan to retire on May 1.

Officials at Harley-Davidson had no immediate comment. A spokesman for Johnson Controls said the company would have no comment.