EXIDE MUNCIE UPDATE: Mayor joins community groups in asking U.S. Justice Department to make Exide do more to protect children from lead spewing from its Munice lead smelter; Emphasizes that “health and safety of our people should be and is our number one priority” 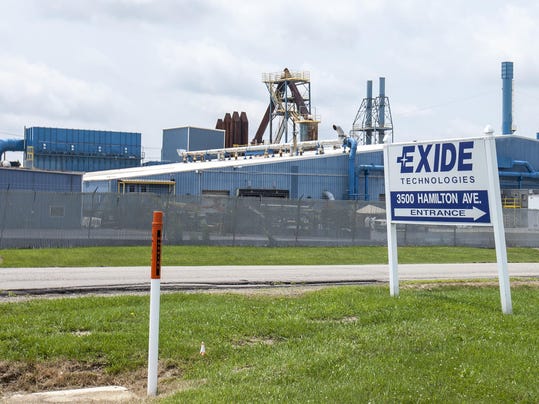 MUNCIE – — Mayor Dennis Tyler has joined a coalition of environmental and health organizations calling for Exide Technologies to do more to protect children from lead emitted into the air at the company’s battery-recycling facility.

“The city of Muncie greatly appreciates Exide Technologies being a positive part of the Muncie community and a provider of many good jobs … , the mayor wrote in a letter to the U.S. Department of Justice. “ … but the health and safety of our people should be and is our number one priority.”

Exide, which recycles millions of lead-acid automotive, truck and other batteries in Muncie, has agreed to pay $820,000 in civil penalties and spend $4 million on new pollution control equipment to settle a federal lawsuit accusing the company of once again violating the Clean Air Act.

But the coalition says the proposed settlement doesn’t require Exide to retrofit the facility with the best available air pollution control technology — wet electrostatic precipitators (WESP) — to dramatically reduce emissions of lead and other pollutants.

“We understand that secondary lead smelters in Indianapolis as well as California use … WESP that captures 98 percent of the arsenic and 99 percent of the lead that would otherwise be emitted into the environment,” the mayor wrote. “The city of Muncie deserves and expects the same level of protection … as the city of Indianapolis and any other city.”

“Healthwise, it’s critical because babies, especially, and pregnant women, by breathing this all the time … there is all kinds of medical stuff to prove it causes severe medical problems,” Kinman told The Star Press. “If they fixed it in Indianapolis, why can’t Exide get it fixed here in Muncie, Indiana?”

The justice department proposed a consent decree in March that would improve pollution controls at the Muncie Exide plant but the decree does not include WESP.

The Hoosier Environmental Council (HEC) is part of a coalition asking the justice department to require WESP technology in the consent decree.

The mayor has met with representatives of HEC, neighborhood associations and Exide.

“They (Exide) updated me on some certifications they are waiting to receive from IDEM (Indiana Department of Environmental Management) and EPA on how environmentally sound they will be,” the mayor told The Star Press. “According to them, these certifications when done will meet all criteria for the consent decree.”

The mayor said he didn’t think those certifications included WESP.

Exide spokesperson Kristin Wohlleben told The Star Press last month that the company “is working directly with regulatory authorities concerning its Muncie recycling facility, but as a matter of course, Exide does not comment on any ongoing administrative proceedings.”